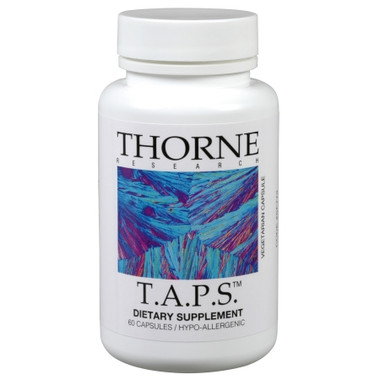 Silybum marianum (milk thistle) has been used for centuries  to support liver function. Silymarin's hepatoprotective effects are  accomplished via several mechanisms, including antioxidation, inhibition of  lipid peroxidation, enhanced liver detoxification via inhibition of phase I  detoxification and enhanced glucuronidation, and protection of glutathione  depletion. Siliphos consists of the most potent flavonoid in silymarin  (silybin) bound to phosphatidylcholine for enhanced hepatoprotection and  bioavailability.

Curcumin, an active flavonoid from turmeric, has potent  antioxidant, hepatoprotective, and gastroprotective properties. Curcumin is  bound to phosphatidylcholine in the highly bioavailable phytosome complex –  Meriva. Cynara scolymus (artichoke) has a long history of use in hepatic  support.

Picrorhiza is used in Ayurvedic medicine to optimize liver  function. In studies, Picrorhiza extracts and their constituents protected  liver cells from damage caused by carbon tetrachloride, aflatoxin B1, and acetaminophen.  Picrorhiza acts as an antioxidant and inhibitor of lipid peroxidation in cell  membranes, and it also increases bile flow. The hepatoprotective effects of  Picrorhiza may be due to its antioxidant activity – inhibition of oxygen anion  generation and free-radical scavenging. Like silymarin, Picrorhiza can  stimulate liver regeneration, possibly via stimulation of nucleic acid and  protein synthesis.

Take 1 capsule two to three times daily or as recommended by your healthcare practitioner.

Tamper Evident: Use only if bottle is sealed. Store tightly sealed in a cool dry place.

All prices are in USD. Copyright 2020 Myhealthstore.com. Sitemap | Ecommerce Solution by BigCommerce