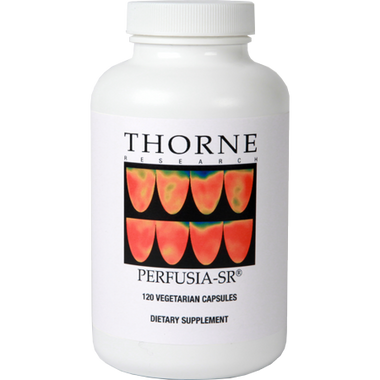 L-arginine is a semi-essential amino acid involved in multiple areas of human physiology and metabolism. L-arginine significantly affects endocrine function and helps regulate the release of neurotransmitter chemicals, insulin, glucagon (which has the opposite effect of insulin; i.e., it raises blood sugar), and growth hormone. However, one of L-arginine's most compelling contributions to human physiology is its role as a biological precursor of nitric oxide. The vascular endothelium (lining of the arteries) creates nitric oxide from L-arginine, resulting primarily in blood vessel relaxation. This property is critical to maintaining good vascular health, heart health, reproductive health, and protection against oxidative damage.

Maintaining the natural, healthy functions of the vascular endothelium is dependent upon an adequate supply of L-arginine being available to these cells. As mentioned above, the conversion of L-arginine to nitric oxide is responsible for these functions by making the endothelial cells more resistant to oxidative damage and adhesion by otherwise harmful substances. Numerous studies have demonstrated that individuals with sufficient nitric oxide production by endothelial cells have the best opportunity to maintain already normal cardiovascular health.

Like most amino acids, L-arginine functions as a building block of proteins; however, its presence also appears to support wound healing. Numerous studies show L-arginine supplementation benefits wound healing time and strength of the tissue in and around the wound during the healing phase.

Without adequate L-arginine (and subsequently, nitric oxide) available to vascular endothelial cells, arteries may not optimally dilate, which can result in less than optimal blood flow to the organs and extremities.

L-arginine is absorbed and metabolized by the body very quickly, which usually necessitates taking it frequently throughout the day. Sustained-release Perfusia-SR, however, maintains an optimal level of L-arginine over 24 hours with suggested twice-daily use.

Studies on Perfusia-SR show increased blood flow to the heart muscle and the extremities, maintenance of already normal blood pressure, and improved vascular elasticity. A recent study demonstrated improvements in blood flow after Perfusia-SR supplementation in individuals with less than optimum heart health. In another study, Perfusia-SR was given to 29 healthy volunteers for one week and significant support of their already normal cardiovascular health was observed.

Take 2 capsules two times daily or as recommended by your health-care practitioner.